Now that the dust has settled, Alanis Morisette will resume with tour dates continuing to celebrate the 25th anniversary of 1995’s Jagged Little Pill. The extended and expanded ‘Jagged Little Pill’ Anniversary Tour heralds the "Queen of Alt-Rock Angst" return to the live concert stage. Alanis Morissette will swing by the Shoreline Amphitheatre on Saturday 6th August 2022. Much like how she shook the world with her global chart-toppers, Alanis will definitely tangle, unmangle, and trigger the release of pent-up angst and emotions with her slew of anthemic gems like "You Learn," "All I Really Want," "Hands Clean," "Head Over Feet," "Forgiven," "Mary Jane," "Guardian," "Right Through You," "Hand In My Pocket," "So Pure," "Not the Doctor," "Everything," "Ironic," "Uninvited," "You Oughta Know" and "Thank U." You've been waiting, craving and wanting to get mega doses of that Jagged Little Pill, right? No sweat. Just click on that 'Get Tickets' link to book your tickets now! 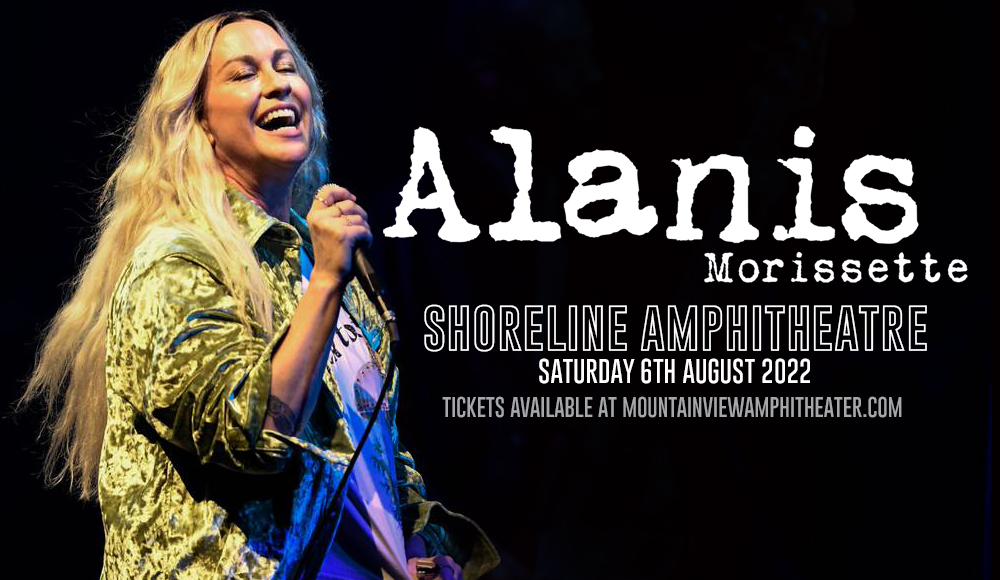 Rolling Stone proclaimed her as the "Queen of Alt-Rock Angst". Alanis Morisette is reigning strong and supreme to this day. The Grammy Award-winning and 33 million-selling album 'Jagged Little Pill’ has crossed another milestone, marking its 25th year anniversary since its release in 1995.

1993. Alanis was out of her major-label contract and was licking her wounds so to speak, from a recent album released deemed as a commercial failure. 1995. The album 'Jagged Little Pill' was quietly released with no high expectations, expected only to sell enough for Morissette to make a follow-up. But as radio stations started to pick up the "You Oughta Know", the album's first single, featuring Flea and Dave Navarro, the album gained worldwide attention. The album's succeeding hit singles such as "All I Really Want" and "Hand in My Pocket" propelled Jagged Little Pill to the top of the charts. And by the time the fourth U.S. single, "Ironic", was released, the name Alanis Morisette was on fire. Her career further exploded with more subsequent single releases like"You Learn" and "Head over Feet", these fifth and sixth singles, respectively, kept Jagged Little Pill in the top 20 on the Billboard 200 albums chart for more than a year. Jagged Little Pill sold more than 16 million copies in the U.S.; it sold 33 million worldwide, making it the second biggest-selling album by a female artist.

Alanis Morisette continued to churn out a slew of commercially successful and critically lauded bodies of work which includes "Under Rug Swept"(2002), "So-Called Chaos" (2004), "Flavors of Entanglement" (2008), and "Havoc and Bright Lights: (2012). Her latest album, "Such Pretty Forks in the Road", was released in 2020. She holds the record of the most No. 1s on the weekly Billboard Alternative Songs chart among any female soloist, group leader, or duo member. Morissette has 7 Grammy Awards, 14 Juno Awards, 1 Brit Award to her name, and has sold more than 75 million records worldwide, And yes, no one dared or has come close to taking away her crown as the "Queen of Alt-Rock Angst".

Swallow it down. The Jagged Little Pill is the ultimate concert high. Get your tickets now!