"Attention" singer Charlie Puth is hitting the road this summer on his Voicenotes Tour, promoting his hotly anticipated upcoming album of the same name! The singer, songwriter, producer and heartthrob comes to Shoreline Amphitheatre on Friday 17th August 2018, and he will be supported by True Grit actress and singer Hailee Steinfeld! Do not miss this show! 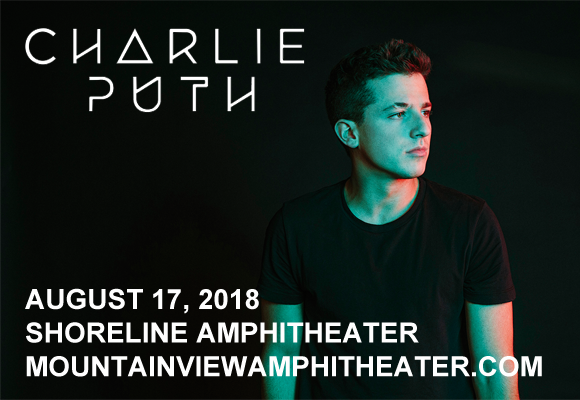 American singer, songwriter and record producer Charlie Puth first found popularity in 2009 through his YouTube channel, entitled Charlies Vlogs, where he uploaded comedy videos and acoustic covers. Puth went on to win the Perez Hilton competition Can You Sing? in 2011 and went on to sign with Ellen DeGeneres' label eleveneleven later that year. After parting ways with eleveneleven, Puth signed with Atlantic Records in 2015, and later that year he wrote, co-produced and was featured on a track with Wiz Khalifa for the film Furious 7 titled "See You Again", which went on to be nominated for three Grammy Awards. His debut album, Nine Track Mind was released in January 2016. The album launched his 2x platinum-selling duet with Meghan Trainor, “Marvin Gaye”, which went to number 1 in New Zealand, Ireland, and the United Kingdom, and peaked at number 21 on the US Billboard Hot 100. His upcoming second album, Voicenotes, is slated for release in winter in 2018.