Oh Yeah, are you ready to Country Rock Mountain View!? Dierks Bentley’s Beers on me tour is coming to Shoreline Amphitheatre on Saturday, August 21st 2021 with specials guests Riley Green and Parker McCollum. You just know this is going to be a fun gig when it kicks off with beer! It’s a pretty simple recipe for summer…get your friends together, have a round or two and dive into some great Country music. That’s exactly what Dierks, Riley and Parker plan on doing out there on the road with you, the fans. All these guys are road warriors and great performers that are going to get this summer fired up. Grab your tickets right here. 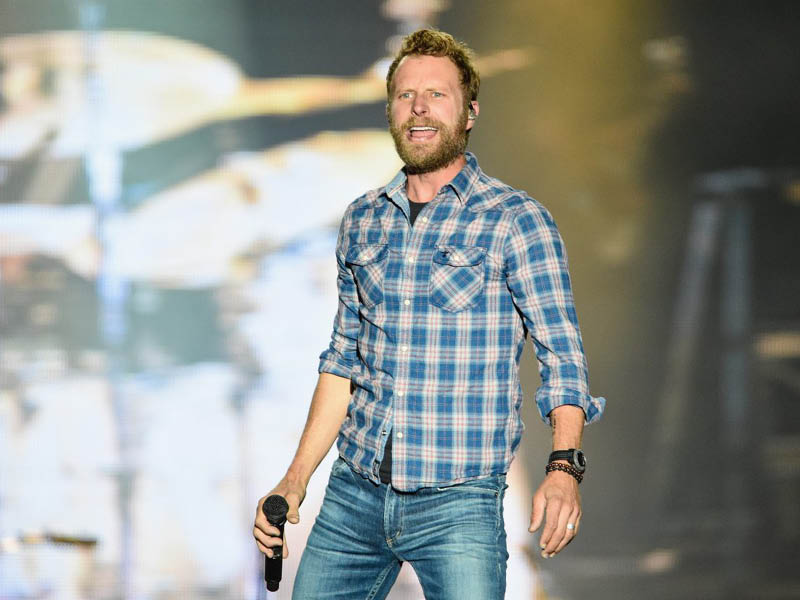 Bentley continues to be a dominant voice for country music with over 6.4 billion streams. Reaching a new creative high while “making music designed to challenge” according to New York Times. Bentley co-wrote 10 of 13 tracks on his last album THE MOUNTAIN, which earned him the highest debut sales of his career and became his seventh chart-topping release. Following his 19th No. One hit at Country radio, he continues to climb the chart with his current Top 20 single “Gone.” Bentley has amassed countless nominations from the ACM's, CMA's, Billboard Music Awards and more while also earning 14 Grammy nominations. He just recently celebrated his 15-year anniversary as a member of the Grand Ole Opry.

Born in Jacksonville, AL, Riley Green was raised on the sounds of traditional Country, Bluegrass, and Southern Gospel music. His full-length debut album DIFFERENT ‘ROUND HERE was released in 2019 and produced the GOLD-certified No. One hit “There Was This Girl” and the PLATINUM-certified single “I Wish Grandpa’s Never Died.” Named ACM’s "2020 New Male Artist of the Year," Green recently released his latest EP IF IT WASN’T FOR TRUCKS. His additional accolades include being selected as CMT “Listen Up Artist,” Music Row’s 2019 “Next Big Things” and "Breakout Artist of the Year” as well as one of CRS’ 2020 "New Faces."

Singer/songwriter and multi-instrumentalist Parker McCollum began building a following in his native Texas with 2015's The Limestone Kid. Last fall, Parker released his new EP, HOLLYWOOD GOLD, the highest-selling debut country EP of 2020. Parker just released his new single “To Be Loved By You” and received an ACM nomination for "New Male Artist of the Year.”