If you've got moves like Jagger then might as well put them to good use. It'll definitely come in handy as you dance the night away as Maroon 5 & Meghan Trainor hit the stage of the Shoreline Amphitheatre on Wednesday 19th August 2020. As sexy and charismatic lead vocalist Adam Levine takes a bow from his judge duties, Levine and the rest of Maroon 5 will take the party to the concert stage. Plus, America's phenomenal sweetheart Meghan Trainor will join in on the fun. Don't let F.O.M.O. get to you. Be quick with your fingers in clicking that 'buy tickets' link now! 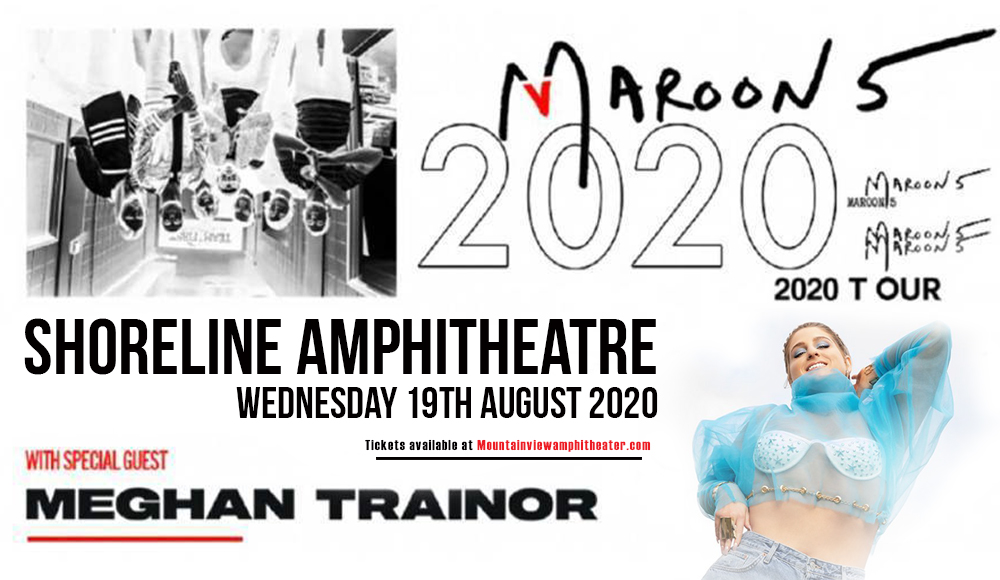 As Maroon 5 unleashed their stunning debut album "Songs About Jane", a fandom was being built on the foundations of hit singles stacked one after the other on the airwaves and on the charts. It all began with the powerhouse single "Harder to Breathe", which set the airplay and Billboard chart wheels into motion, making it to the Top 20 on the Billboard Hot 100 singles charts. This was followed by monster hits like "She Will Be Loved", "This Love", "Sunday Morning", that sealed the deal, making them the sizzling hot band on the block. The album peaked at No. 6 on the Billboard 200 in September 2004, 26 months after its release; this was the longest period between an album's release and its initial Top 10 appearance. Yet, their debut album managed to sell a whopping 10 million copies. And to silence their critics and naysayers, Maroon 5 bagged the Grammy Award for Best New Artist in 2005.

Flashforward to 2020. It's been almost two decades but the color of Maroon 5 is still flying high with their more recent mega hits like "Payphone", "Sugar" and "Girls Like You". Ranked up their among the elite group of the world's best-selling music artists, Maroon 5 has hit the records sales 120 million records, and counting.

Don't settle for less. This is one of the hottest acts to hit this year. No excuse for you to miss this one!