For the first of a two-night-run, jam band extraordinaire Phish comes to Shoreline Amphitheatre on Tuesday 31st August 2021! Trey and co are known for their cult following, which has grown over the decades because of their highly improvised, interactive, fluid shows that are compelling from start to finish and different every time! They have an enormous back-catalog to draw from and make every concert a truly breathtaking experience! 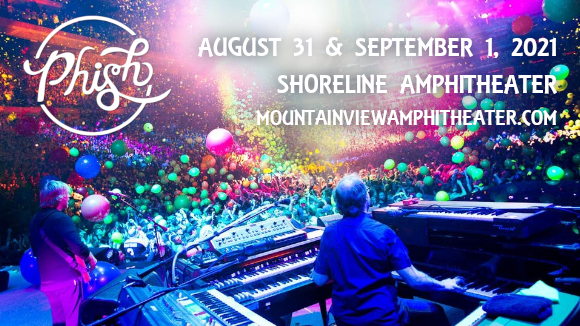