The hottest name in Latin rap, Pitbull, is bringing the party to Shoreline Amphitheatre on Friday 28th June 2019! Get ready for a wild night of smash hits and upbeat anthems as Mr Worldwide himself gets the crowd going loco! Joining the hip hop superstar will be fellow rappers Fat Joe and Baby Bash in support! 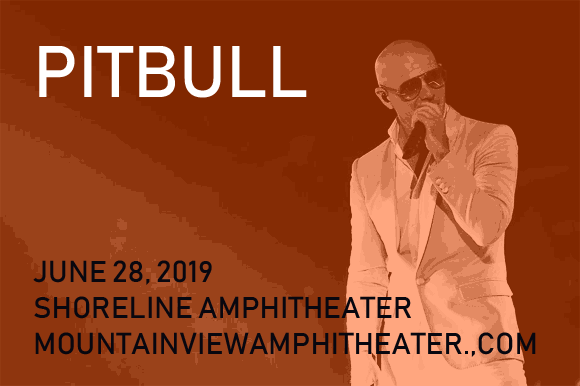 American rapper Pitbull began his career in 2002, making his debut on Lil Jon's album Kings of Crunk. His debut album, M.I.A.M.I., was released in 2004, but it was his 2009 hit "I Know You Want Me (Calle Ocho)" that brought him mainstream success, peaking at number two on the US Billboard Hot 100. More success followed for Pitbull, with his 2013 single "Timber" ft Ke$a topping the charts in twenty nations, including the US and UK. His 2014 single with Jennifer Lopez and Claudia Leitte, "We Are One (Ole Ola)", was the official theme of the 2014 FIFA World Cup and another worldwide hit. Pitbull's 2015 album Dale won the Grammy Award for Best Latin Rock, Urban or Alternative Album at the 2015 ceremony. Climate Change (2017), his most recent release, features collaborations with Enrique Iglesias, Flo Rida, Jennifer Lopez and Jason Derulo.