There's not enough words to say just how exciting this announcement is! As two of the greatest all time singer/songwriters come together for one unmissable night of entertainment! Yes the rumours are indeed true – Sir Rod Stewart & Cyndi Lauper are BOTH coming to Shoreline Amphitheatre on Wednesday 29th August 2018! With anthems that have changed rock history forever, these inspiring talents will be taking to the road for a co summer tour – tickets are NOW available, have you got yours?! 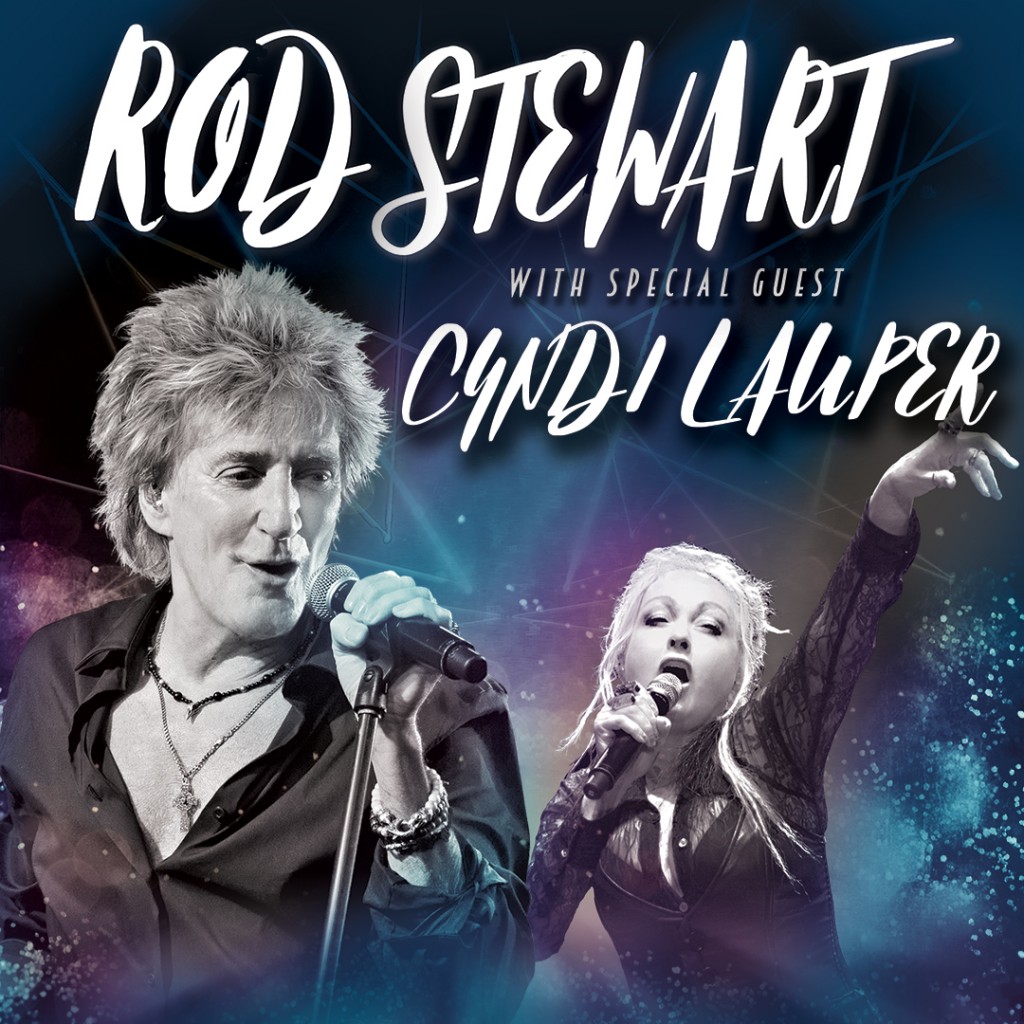 With his distinctive vocal tones and rock image the legendary artist -Sir Roderick David Stewart hailing from London, came to light all the way back in the 1960's! A crucial time for British rock with so many artists first taking to the stage. As one of the best selling music singers of all time, Rod Stewart has a whopping over 100 million record sales worldwide!

Within this unbelievable triumph, he has had six consecutive number one albums in the UK and his tally of 62 UK hit singles includes 31 that reached the top ten, six of which gained the #1 position. Along with this success, he has also had 16 top ten singles in the US, with four reaching #1 on the Billboard Hot 100. He was knighted in the 2016 Birthday Honours for services to music and charity. This is a true musician who has gained the respect he has deserved…

Throughout the years, Rod has not only been a solo star but a part of The Jeff Beck Group, and then with Faces, though his music career had begun in 1962 when he took up busking with a harmonica.In 1964, Stewart joined Long John Baldry and the All Stars, and in August, Stewart signed a solo contract and with his first single, "Good Morning Little Schoolgirl" – well you know the rest!!

2018 marks an incredible back catalogue of albums and singles and so what better way to celebrate a long time career than to head out on a tour with a fellow superstar – the female songstress – Cyndi Lauper!! The two of them combined is more than enough energy to blow you away. So don't waste time, grab the chance to catch them both LIVE this coming Summer!