Jennifer Nettles and Kristian Bush, aka multi-platinum-selling country music duo Sugarland, will be bringing a brand new tour to Shoreline Amphitheatre on Friday 26th June 2020! Their first outing on the road since 2018's Still the Same Tour, it marks the continuation of their return to music and will see them performing a mixture of Sugarland classics, songs from their most recent album (2018's Bigger) and brand new tunes! There's something for every Sugarland fan to enjoy! Their support line-up has yet to be announced, but with the Still the Same Tour's inclusion of special guests s Brandy Clark, Frankie Ballard, Lindsay Ell and Clare Bowen, this could shape up to be the perfect country show! Also available as part of this year's Country Megaticket! 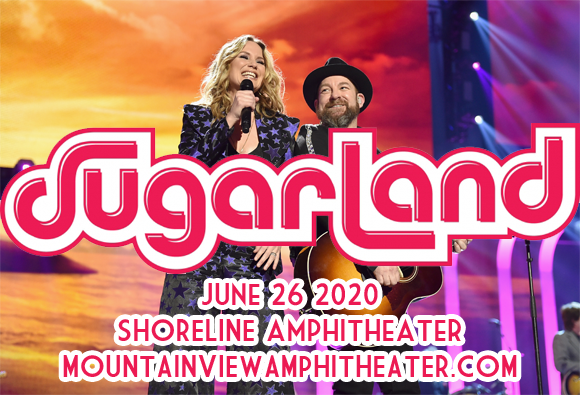 Having met through Atlanta's folk-rock scene in the 1990s, Jennifer Nettles, Kristian Bush and Kristen Hall formed the country music trio Sugarland in 2002. The group found popularity through the release of its record-breaking debut single "Baby Girl," which peaked at No. 2 on the Billboard Hot Country Songs charts – the highest-peaking debut single on the chart for a group in 13 years. After the release of their triple-platinum-selling debut album, Twice the Speed of Life, the trio became a duo with deprture of Hall. They then went on to release a further three platinum/multi-platinum albums and a Christmas album, charting fifteen singles on the Billboard Hot Country Songs charts, including four number ones. After a hiatus between 2012-2016, the pair announced their reunion at the at the 51st Annual Country Music Association Awards in 2017, and released a sixth studio album, Bigger, the following year.