Audiotistic Bay Area Festival RETURNS! And the line-up is out of this world… it's time for your next dose of the biggest and best Electronic artists as they come together for one day only! Yes it's been confirmed and you can catch – Marshmello, Lil Uzi Vert, Flosstradamus & Nghtmre as they all take to the Shoreline Amphitheatre stage on Saturday 15th July 2017! Book your passes right now for the 2017 Audiotistic event!! 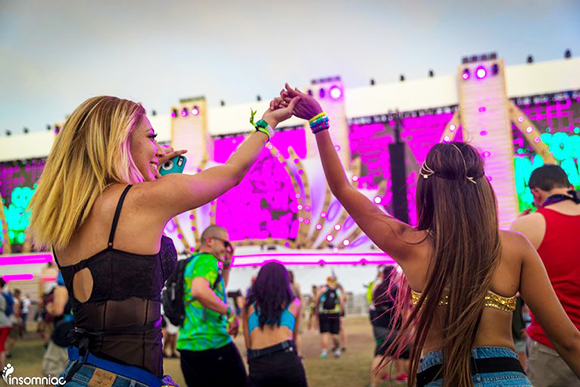 Artists ready to blow you away for the 2017 Audiotistic Fest include;

The Futuristic trap sound is here with the genre-bending Philadelphia rapper! With elements of Rock and Hiphop, this guy will be pulling out all the stops and with his fly fashion style, he is perfect for that festival experience! The crowd is going to be wild as he create 'a world' and not just a show! Who knows what will happen, all we know is it's gonna be crazy! With influence from the greats such as The Roots, Lil Uzi Vert is one to watch!!

"I take influences from everything and put them into what I do."

From the audience the performance from Keys N Krates looks simple, but from the stage the crew has everything perfectly synchronised, these guys blend their music with visions such as laser shows along with their hard hitting sound! Turntablist Jr Flo, Keyboard player David Matisse, drummer Adam Tune – trade roles from song to song to give the crowd a truly mind-blowing experience!! This event would not be the same without them here…. get ready to catch it – DNB, Hiphop, you name it, they've got it!

PLUS SO MUCH MORE!