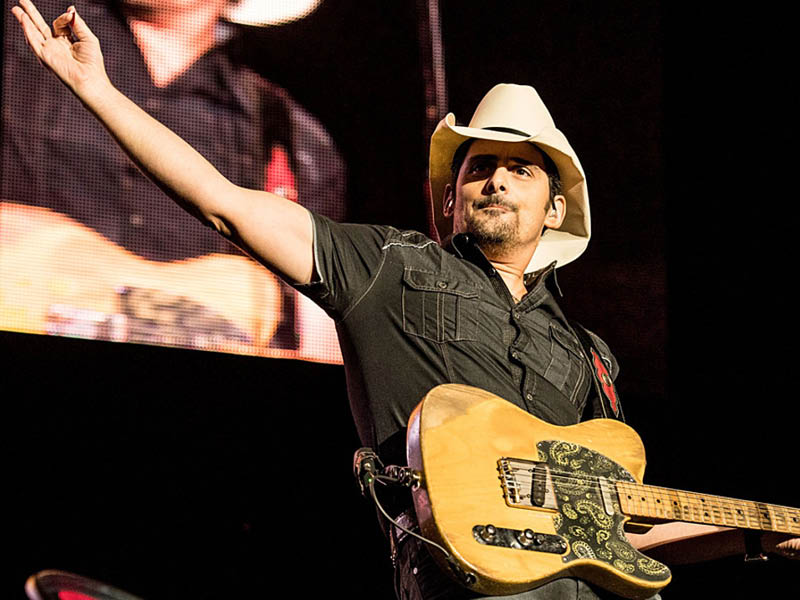 Brad Paisley has earned his place in country music, starting young and early by opening for country singers such as The Judds, Ricky Skaggs and George Jones on Jamboree USA to become the youngest person inducted into the Jamboree USA Hall of Fame. Brad has written 21 of his 24 No. 1 hits, and in 2008 became the first artist to achieve 10 consecutive Billboard Country Airplay No. 1 singles. His 11th studio album, LOVE AND WAR, which was released April 21, 2017, and was his 9th consecutive studio album to debut at #1 on Billboard's Top Country Albums chart. He has been awarded three Grammy Awards, two American Music Awards, fourteen Country Music Association Awards and 15 Academy of Country Music Awards, and he is a member of the Grand Ole Opry.
A portion of all ticket sales will go to, The Store, a nonprofit free-referral based grocery store co-founded by Brad Paisley and Kimberly Williams-Paisley. The Store opened for in-store clients in March 2020, following the tornado that devastated parts of Nashville. The Store was open for only four days when the COVID-19 pandemic became widespread, and it was obvious in-store shopping was not going to be feasible. A home delivery system for the elderly was immediately put in place and curbside pick-up was implemented. The weekly deliveries are currently capped at 450 households and curbside pickup is at 200 per week. This is six times the initial projection and equals to over 1.3 million meals distributed.