Are you prepared for the BIGGEST country show of the year!? You’d better be, because none other than the iconic country and bluegrass songwriter Chris Stapleton, accompanied by the brilliant Brothers Osborne and lovely Lucie Silvas is coming to headline the Shoreline Amphitheatre on Friday 2nd June 2017. What are you waiting for?? Grab your tickets fast – they won’t last long!! 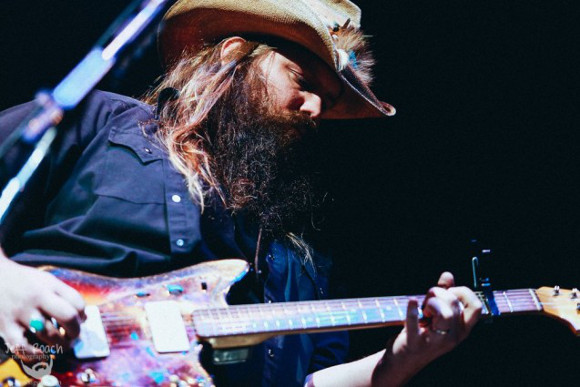 Chris Stapleton, taking the world by storm with his 2015 smash hit album “Traveller,” has a rich history behind him as a songwriter, musician, and live performer. Frontman of the popular bluegrass band SteelDrivers from rom 2008-2010, overseeing the release of two albums, the growth of a massive fanbase and the receiving of 3 Grammy nominations, he left the band in order to focus more on songwriting and family. It didn’t take long before he was onto new projects; starting with the Jompson Brothers, a more rock n’ roll take on his usual material, then working as a duo with wife and fellow hit songwriter Morgane Hayes, he put all his experiences and efforts into his debut album. With his incredible vocal range, top songwriting skills, and expert blending of modern melodies into the traditional Nashville sound, its no wonder the album flew off the shelves, selling more than 1.7 million copies, winning 3 CMA awards, 2 Grammys in 2016 (nominated for 4 including Album of the Year) and 3 Country Music Association Awards (including Best Male Vocalist, Album of the Year and New Artist of the Year).

Don’t miss out on your chance to see the gravel-voiced master songwriter live – have you got your tickets???