Calling all '90s alt rock fans!!! Counting Crows & Rob Thomas are coming together for a co-headlining tour that is a match made in heaven! The "Accidentally In Love" stars and Matchbox Twenty frontman head to Shoreline Amphitheatre on Saturday 10th September 2016!

“Twenty years ago Rob and I were like kids running around Italy in the middle of the night getting drunk and playing gigs," Duritz said in a statement. "I still love nothing more than touring with my friends." 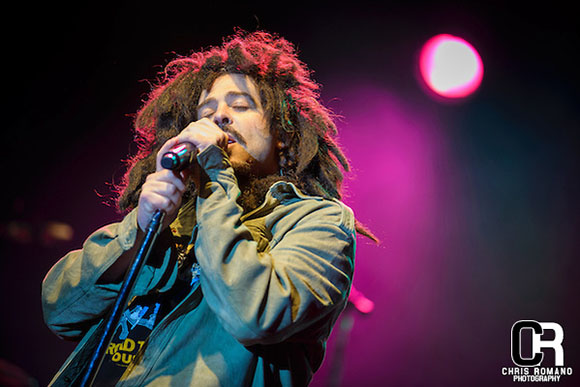 Counting Crows was formed by singer Adam Durlitz and producer/guitarist Dave Bryson in 1991, when they started performing in bars and clubs in San Francisco and Berkley, Calfornia as an acoustic duo. By 1993, the duo had grown into a band and they were signed to Geffen Records that year. Their debut album August and Everything After was released that September, containing the hit single “Mr Jones”, which lead to the album becoming the fastest selling since Nirvana's Nevermind. The band have sold more than 20 million albums worldwide and received a 2004 Academy Award nomination for their song "Accidentally in Love," which was included in the film Shrek 2.