Get ready for a massive metal double whammy this year – that’s right, none other than rock legends Deep Purple and Judas Priest are teaming up to bring you a HUGE North American tour!! They’re on their way to the Shoreline Amphitheatre on Saturday 29th September 2018 – tickets will disappear for this epic lineup, so don’t miss out – grab yours now!! 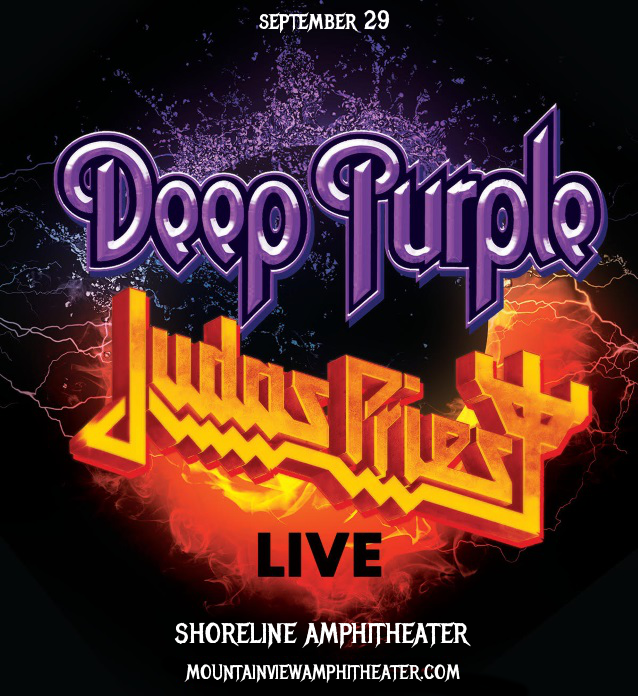 One of the biggest pioneering metal bands of the 80s, Judas Priest are well known for their dramatic instrumentation and the unique operatic singing style of Rob Halford, elements which have influenced countless metal bands since and had an untold impact on the genre as a whole. Judas Priest’s have just released a new album, “Firepower,” which hit number 5 of the Billboard 200, marking their highest charting album yet. Despite their incredible legacy as one of the most influential and important metal bands of all time, the band have been startlingly humble about their recent success.

"Who would have thought that?” Judas Priest bassist Ian Hill said. “Our band, knocking fifty years, to still be popular and relevant enough, I suppose, in today's world to be able to achieve that. It took everybody by surprise, I think. It's a great achievement though, and we're hugely thankful for it.”

Clearly, 50 years on, the band have very much still got it. Expect a live performance that will rock your world – get your tickets for Deep Purple and Judas Priest TODAY, while stocks last!!