Red hot country star Jason Aldean will be taking to the stage at Shoreline Amphitheatre on Friday 28th September 2018 as part of his High Noon Neon Tour! The two-time and reigning ACM “Entertainer of the Year” is heading out in support of his upcoming new album and is bringing along Luke Combs & Lauren Alain as support!

“We named this tour after a song that’ll be on my next record,” Jason says. “It reminds me of the bars I grew up playing in Georgia when I was getting started. We’re going to bring some of that raw energy out this summer with Luke and Lauren — I know we’re all ready.” 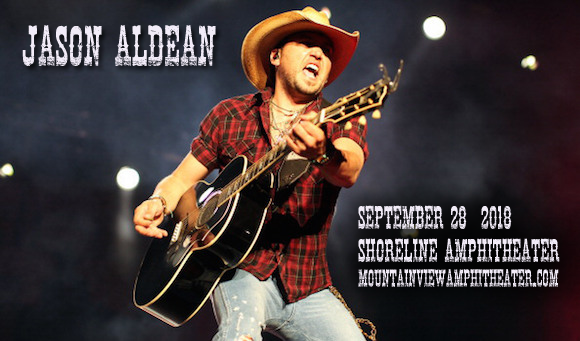 American country singer Jason Aldean started his career in 2005 when he signed to Broken Bow Records, with whom he released his self-titled debut album later that year, launching three Top Ten hits, including his first number one single, “Why”. Aldean's debut album is platinum-certified by the RIAA, alongside his 2007 album Relentless, 2009 album Wide Open and his 2014 album Old Boots, New Dirt, while his 2012 album Night Train is certified double-platinum and his 2010 album, My Kinda Party is certified quadruple-platinum. Aldean has charted nineteen number one singles on the Hot Country Songs or Country Airplay charts and eight more of his singles have reached the top ten.