There's no stopping Kevin Hart! The red-hot comedian brings his critically acclaimed, utterly hilarious Irresponsible Tour to Shoreline Amphitheatre on Thursday 21st June 2018! Prepare to laugh like you've never laughed before as the pint-sized funnyman draws from his own life, and fairly public misdemeanors, in this no-holds-barred show! 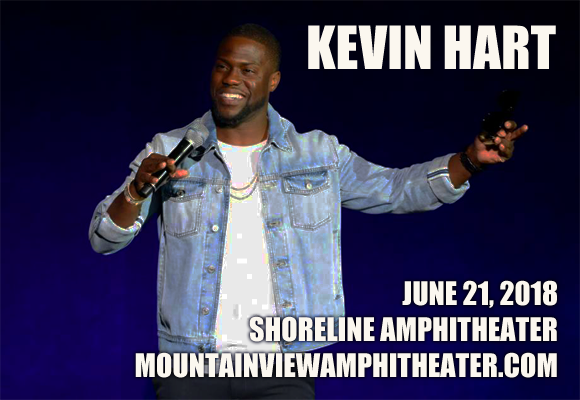 Now a record-breaking, sell-out stand-up comedian and Hollywood blockbuster actor, Kevin Hart comes from humble beginnings. After years of playing the comedy circuit around Massachusetts, Hart had a break in 2001 when he was cast in Judd Apatow's short-lived television series Undeclared. From there, Hart had several Hollywood roles, including: Paper Soldiers (2002), Scary Movie 3 (2003), Soul Plane (2004), In the Mix (2005), Little Fockers (2010) and, more recently, Jumanji: Welcome to the Jungle (2017). Hart's popularity on the big screen also transferred to the stage when, in 2009, he embarked on his first comedy tour – I'm a Grown Little Man. From there, Hart's comedy tours have been growing exponentially, with his 2015/16 What Now? Tour grossing over $100 million. Hart also released his memoir, I Can’t Make This Up: Life Lessons, in 2017, which debuted at Number One on the New York Times Bestseller list, and remained on the list for ten consecutive weeks. “Irresponsible” is Hart's sixth comedy tour.