Kings of Leon are set to launch a North American tour this summer in support of their most recent album, When You See Yourself. Released in March, the album is described as "signature Kings", and although mixed opinions may be seen online, the most renown critics out there claim it to be a huge success. After countless evenings driving and screaming to Use Somebody in your car, you can now share the experience with 20,000 other fans under the lights of the iconic Shoreline Amphitheatre, and the beats of the Followill boys themselves. Save the date – Thursday, 23rd of September! Tickets available. 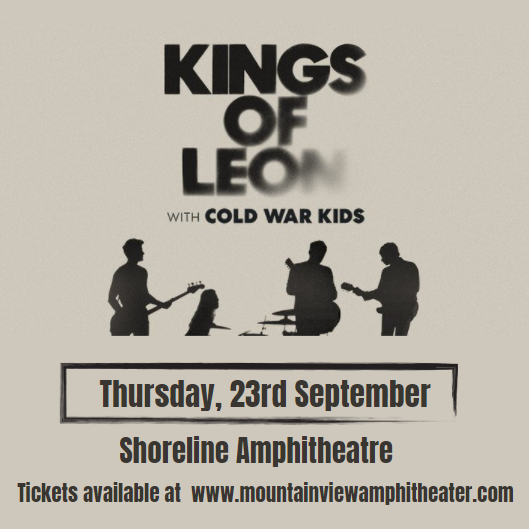 You know a band is making its mark in Alternative Rock's history when it causes controversial opinions among the general public but blows away the fans and critics. This is exactly what Kings of Leon did with their long-expected new album – When You See Yourself. Set to launch a North American tour this summer in support of their most recent album, the band has announced a 24-date trek across the country which will kick off August 3rd at the iTHINK Financial Amphitheatre in West Palm Beach, Florida, and wrap October 3rd at the Sunlight Supply Amphitheater in Ridgefield, Washington. The Cold War Kids will provide support throughout the tour.

“We know a lot of people would love us to come out with long hair and moustaches, to be the guys from ‘Youth & Young Manhood’ again, but we’re a different band now,” Caleb Followill told NME in this week’s cover story. Let that be a warning to you from the Kings Of Leon frontman: Nashville’s most notorious family of rockers is back – more confident and comfortable than ever. ‘When You See Yourself’ sees the Kings marry their interests old and new, finally embracing the mature, laid-back versions of themselves.

Their latest album, followed by this iconic album, is truly shaping the bands history. We’ll be seeing the Kings for a long time to come – and if every next album is like this one, that’s a cause for celebration.