Are you ready…? Korn & Alice In Chains are coming to Shoreline Amphitheatre on Wednesday 4th September 2019 for a double-headliner tour that will rock your world! The nu-metal titans and Seattle alt-metal veterans will be performing a headlining set each, with tracks from their respective recent and upcoming albums, as well as support from the incredible Under Oath! 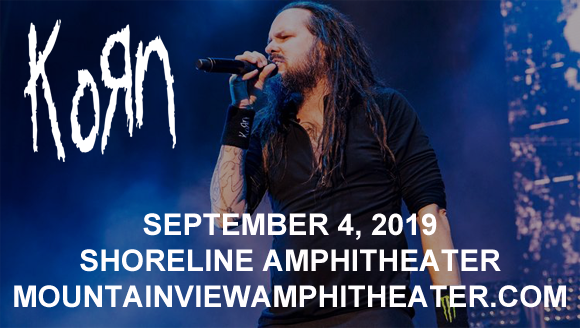 American rock band Alice In Chains was formed in Seattle, Washington in 1987 by guitarist and vocalist Jerry Cantrell and drummer Sean Kinney. One of the most successful music acts of the 1990s, the band sold over 30 million records worldwide, and over 14 million records in the US alone, with two No. 1 albums and six Top 10 albums on the Billboard 200 chart. The band released its debut album, Facelift, in 1990, launching the hit single "Man in the Box" and eventually gaining double-platinum certification. Their second and third albums (Dirt (1992), Alice In Chains (1995)) proved even more popular, but in 1996 the band began an unofficial hiatus due to lead vocalist Layne Staley's struggles with addiction that eventually culminated in his death in 2002. Three years later, the band reunited for a charity concert and in 2006 they reformed with William DuVall taking over as lead vocalist full-time. Their sixth studio album, Rainier Fog, was released in 2018, debuting at No. 12 on the Billboard 200 and received a Grammy nomination for Best Rock Album.