"What A Song Can Do" is a single lovingly written and dedicated to Lady A's devoted fans for their unwavering support and love through the years — through name transitions, and all… Lady A wishes this message to be heard far and wide as they embark on a tour bearing the song title as their tour name. As part of their headlining tour itinerary, Lady A will be on the live stage, at Shoreline Amphitheatre on Saturday 18th September 2021. Carly Pearce, Niko Moon, and Tenille Arts will be joining them as support acts. Now what you can do is to book tickets as quickly as you can before they get sold out. Click on that 'Get Tickets' link on this site as your quick and sure way to get tickets to the show. Don't miss it! 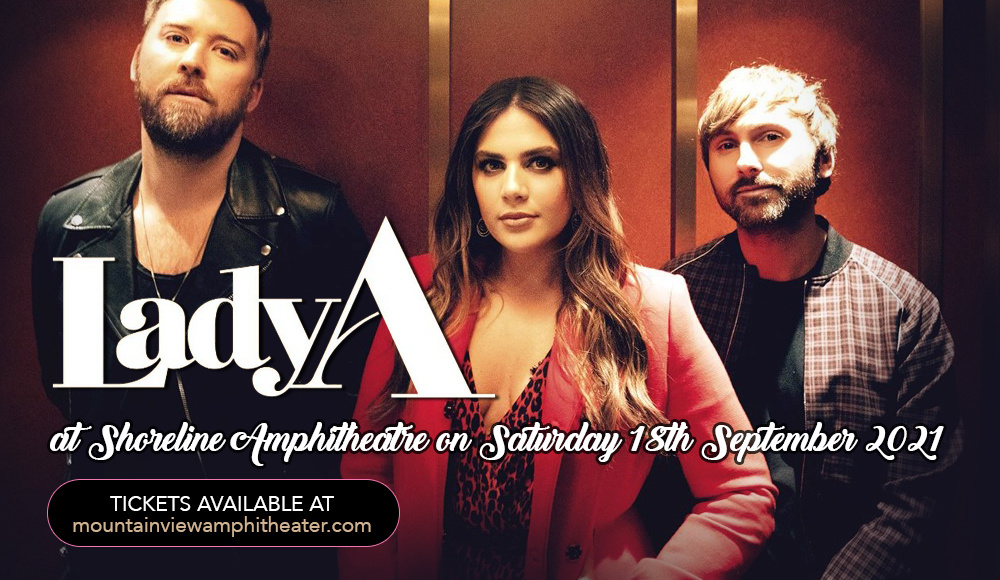 Radio airplays and album sales exploded worldwide with mega hits such as "American Honey," "Can't Take My Eyes Off of You," "Compass," "Love Don't Live Here," "One Day You Will," "Downtown," "Things People Say", "Dancing Away With My Heart", "Need You Now", and "Just A Kiss".

Lady A's 2021 tour expresses gratitude for everything… “This tour is really going to be about letting our fans know how much they mean to us and what music has done for all of us over the last year…which is the essence of the tour name. We started writing a song called ‘What a Song Can Do’ and it turned into a love letter to our fans,” the band’s Charles Kelley said in a statement.

“We are gonna soak up these moments on stage more than we ever have before," he adds. "It’s gonna be hard to wipe the smiles off our faces and I’m sure the tears off of Hillary’s. We were lucky enough to still release new music this past year but there are songs like 'Champagne Night' and 'What If I Never Get Over You' that we haven’t been able to play live much so we know those will make for some really special moments.”

Truly a special moment that's never to be missed by any Lady A fan. Be there. Book your tickets now.