Things are getting exciting at Shoreline Amphitheatre as fans get in line to grab tickets for one of the most highly anticipated shows of the year – of course, we’re talking about Niall Horan & Maren Morris, the pop singer and country star, on tour together following their incredible duet single “Seeing Blind,” from Horan’s new album “Flicker”! Now confirmed and on sale, now’s your chance to catch Niall Horan and Maren Morris LIVE on Saturday 4th August 2018! 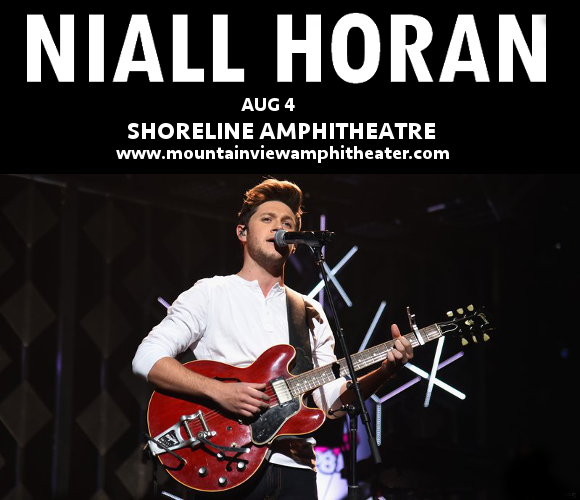 Aged sixteen, Niall Horan first caught the public eye with his audition for British television series the X Factor. Eliminated as a solo contestant, Horan was assembled with four others to continue in the competition as what would become the biggest boy band in the world – One Direction!! Nobody could predict the success of the group. With one smash hit after another and record-breaking record sales, they became one of the biggest names in pop.

Six years later, with unimaginable success behind him, Niall Horan signed a contract with Capitol Records and began work on his solo album, while fans waited with baited breath. Now, like fellow One Direction member Harry Styles, Niall Horan is exploring new genres on his brand new album “Flicker,” seeing a sound influenced by classic rock and country! This tour promises to bring you the Niall Horan you know and love in an all new light!!

Well, what are you waiting for?? Grab your tickets to see Niall Horan NOW while they last!!