Anthems such as "How You Remind Me," "Rockstar" and "Photograph" as many will know are all the chart topping hit songs released by the early 2000's rockers – Nickelback! Fans can NOW grab the chance to see them perform all of this and more LIVE in concert this coming Summer/Fall as they hit the road once again. Nickelback are a sell-out stadium act – so be sure to book your tickets in advance to catch this epic show from the one and only!! 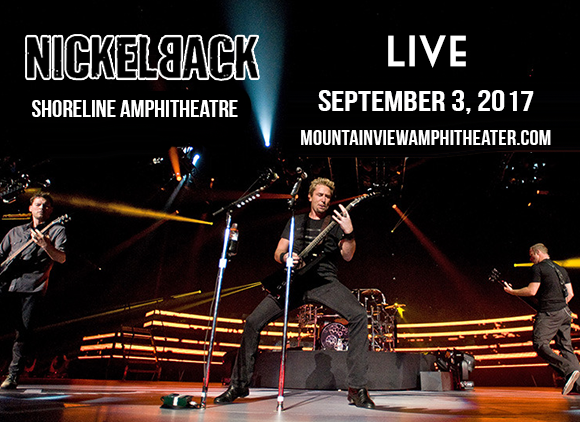 50 million album sales and a titled as the highest ranked by Billboard as one of the most successful rock acts of the decade! It can only be Nickelback! This incredible band will be hitting the road for 2017 for another bound to be sell out touring year as they bring their brand new album, so what are you waiting for?!

Nickelback are best known for their massive alternative rock anthems that built their career since their breakthrough onto the mainstream. Since the early 2000's, they have continued to bring out hit after hit, including their three biggest songs “Photograph,” “Rockstar” and of course – “How You Remind Me” – which is still in the hearts of so many, not just their dedicated following, but alternative rock fans across the globe!!