The first of a two night takeover, Odesza bring, The Long Goodbye to Shoreline Amphitheatre on Friday, September 30th 2022 with Sylvan Esso, Elderbrook and Nasaya. Grab some tickets and get ready for the longest goodbye tour ever, it's so long, that they will probably decide to stick around after! No, seriously this is not a goodbye tour, it just happens to have the name of one, and also be promoting a goodbye album, that’s also not a goodbye album… aaaah, this is too hard. It's good music, come have fun, forget the name! 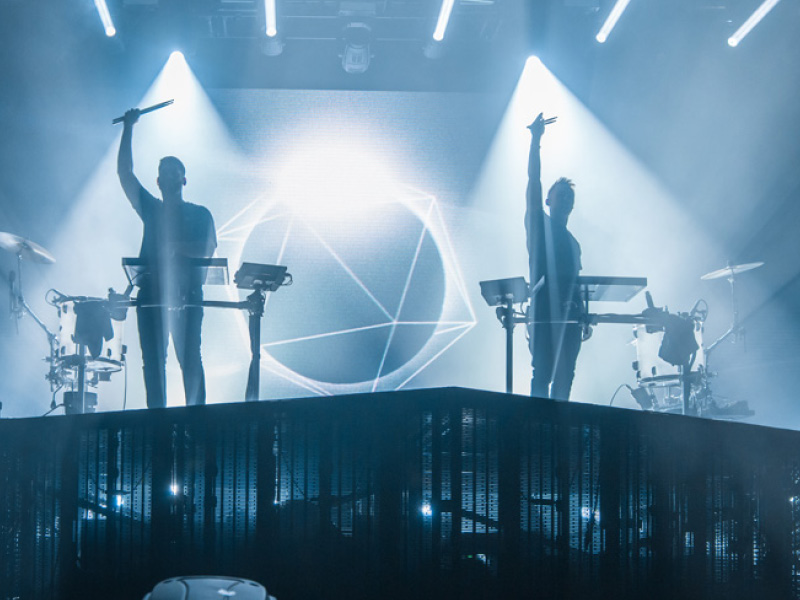 “We can’t wait to share this full-length project with you, along with our new show,” ODESZA said in a release. “It’s been a long time coming. From us to you, The Last Goodbye: The Tour.” “Over the past few years we’ve been able to reflect on who we are, what it means to do what we do, and in the end, who we are doing this for. We became focused and inspired by the impact our families and friends have imprinted on us and how we want to continue to echo that out as we move through this life. We found comfort in the fact that those who we love to stay with us, that they become intrinsically part of us, in a way.
Is there ever really a Last Goodbye? We don’t think there is. So, from us to you. The Last Goodbye, the Album.”

Odesza was formed in 2012 by Harrison Mills and Clayton Knight, known individually as Catacombkid and BeachesBeaches. The duo’s previous album, A Moment Apart, was released in September 2017, reaching number 3 on the Billboard 200, while topping the Electronic Albums Chart. It was nominated for Best Dance/Electronic Album, and the track "Line of Sight" was also nominated for Best Dance Recording, at the 60th Annual Grammy Awards in 2018.
“The Last Goodbye”, track is their first new music in over four years, the song was released in February 2022, and Odesza announced that their fourth studio album, also called, The Last Goodbye, will be released in July 2022.

Sylvan Esso formed in 2013, and are singer Amelia Meath and producer Nick Sanborn. Their latest album, Free Love, came out in September 2020, charting at number 100 on the Billboard 200. With a consistent release schedule of every three years, I would expect some new tracks from the duo, but probably not a full album until 2023.