Sammy Hagar and the Circle hit the road for his Crazy Times tour this summer with George Thorogood & The Destroyers at Shoreline Amphitheatre on Friday, September 9th, 2022. Grab some tickets and come on down, Shoreline Amphitheatre is gonna ROCK like it’s the 80s all over again!
“A tour this size has been a long time coming, and it’s definitely going to be worth the wait,” Hagar said, “The Circle and I are super excited and ready to throw the party of the year with George Thorogood. We’re going to take the music and party to a whole new level— ‘Crazy Times’ is an understatement.” 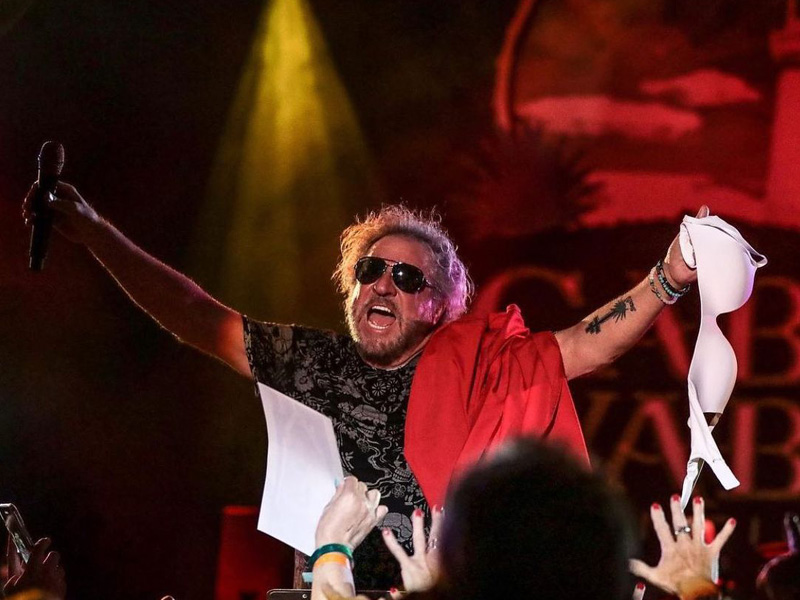 Sammy Hagar and Circle bassist Michael Anthony were inducted into the Rock Hall in 2007 for their roles in classic rock group Van Halen, which Hagar fronted from 1985 to 1996 and Michael Antony played bass for from 1974 to 2006. Hagar and the Circle is rounded out by drummer Jason Bonham, whose father was the famous Led Zep drummer John Bonham, and guitarist Vic Johnson. During Hagar’s time at Van Halen, all four studio albums produced reached number 1 on the Billboard pop music charts and 17 singles breached the top 12 of the mainstream rock tracks chart. The single from 1988s, OU812, "When It's Love", reached the Top Five, in addition, Van Halen was nominated for two Grammy Awards, and the band won the 1992 Grammy Award for Best Hard Rock Performance with Vocal for the album For Unlawful Carnal Knowledge.

The Crazy Time set list will include some of Hagar’s solo music and some songs he performed with Van Halen and Montrose, in a statement Hagar said “With an ever-changing set list that draws from more than five decades of iconic rock anthems, fans will experience the excitement of live music with songs including, I Can’t Drive 55, Right Now, There's Only One Way To Rock, Mas Tequila, Why Can’t This Be Love, Heavy Metal, Your Love is Driving Me Crazy and many more, including a Led Zeppelin song or two.”