The Comedy Get Down Tour Tickets

The Comedy Get Down Tour is rolling into town once more, coming to Shoreline Amphitheatre on Saturday 19th August 2017, and it's going to be hilarious! The funniest squad around, these four funnymen (the troupe's fifth member, Charlie Murphy, sadly passed away this April), will have your sides splitting, so join Cedric The Entertainer, Eddie Griffin, D.L. Hughley and George Lopez for the comedy event of the year! 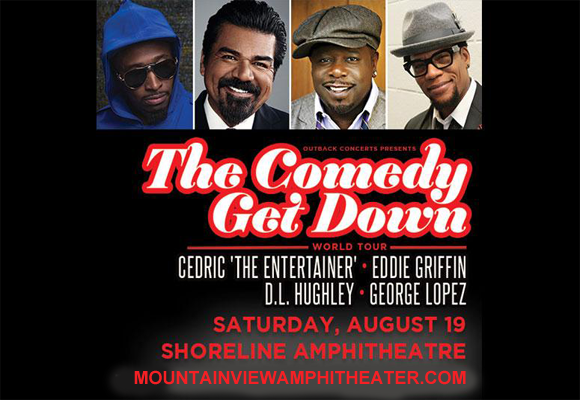 Bringing together four absolute legends of the comedy circuit, Cedric the Entertainer, D.L. Hughley, Eddie Griffin and George Lopez, The Comedy Get Down is an annual collaborative tour! Once a year, these iconic funnymen tour the US, bringing together a wealth of comedic talent for one riotously hilarious show! With more than 140 movies between them, not to mention stand-up shows and TV sitcoms, this is a true comedy dream-team!