THE DOOBIE BROTHERS 50th ANNIVERSARY TOUR!!! Now joined with Rock & Roll Hall of Fame nominees TOM JOHNSTON, MICHAEL MCDONALD, PAT SIMMONS and JOHN MCFEE and touring together for the first time in nearly 25 years. Coming to you live at Shoreline Amphitheatre on Saturday 12th September 2020, you do not want to miss this show! The overwhelming fan excitement following the band’s surprise announcement at Ryman Auditorium on November 18th that MICHAEL MCDONALD will be joining the group on a North American tour meant that the band put on an extra 23 shows! These tickets are going to sell fast, so get your now! 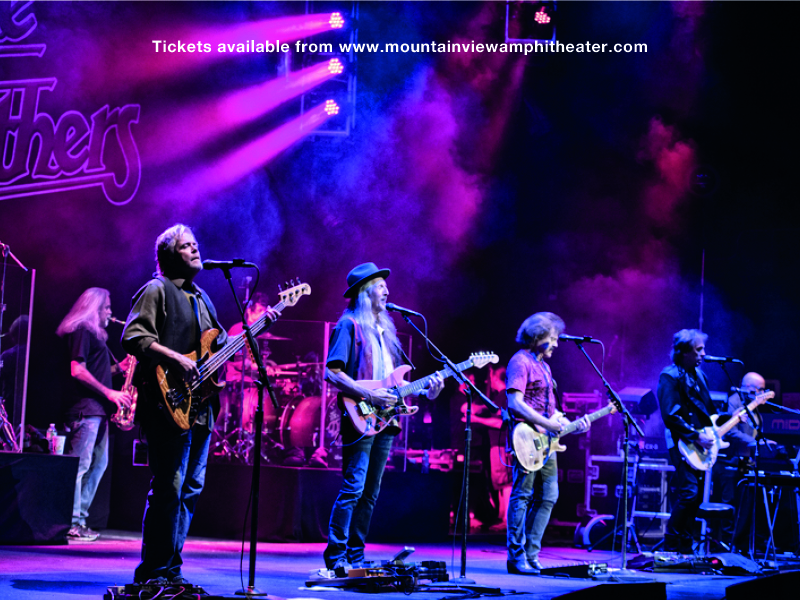 Born out of Northern California’s chaotic, late-1960s musical stew, The Doobie Brothers’ rugged, real and authentic approach to rock and roll made them biker bar stalwarts. The Doobie Brothers’ legacy has been built upon not just hit records, but also an unrivaled commitment to musical integrity and a steadfast allegiance to their enthusiastic fan base. The bands ability to evolve in a constantly changing industry and connections to generations of listening audiences is a testament to their craft. The Doobie Brothers were inducted into the Vocal Group Hall of Fame in 2004, have won four GRAMMY® Awards and sold more than 48 million records worldwide (including three multi-platinum, seven platinum, and 14 gold albums).

"Performing again with the Doobie Brothers is something I’ve been looking forward to for some time, especially in celebration of the band’s 50th Anniversary. Now that it’s happening, I couldn’t be more excited." – Michael McDonald