There's a whole heap of excitement brewing all across North America's venues as preparations take place for one of the most talked about shows of the year! The incredibly talented rockers – Train will be headlining Shoreline Amphitheatre on Saturday 8th July 2017! Opening acts include the equally talented songstress, Natasha Bedingfield & fellow rock act, O.A.R!

This exciting show, which is chock full of talent, will leave you wanting more, so don't delay – book now! As previous years have sold out, there is no doubt that this one will too! Buy before it's too late! 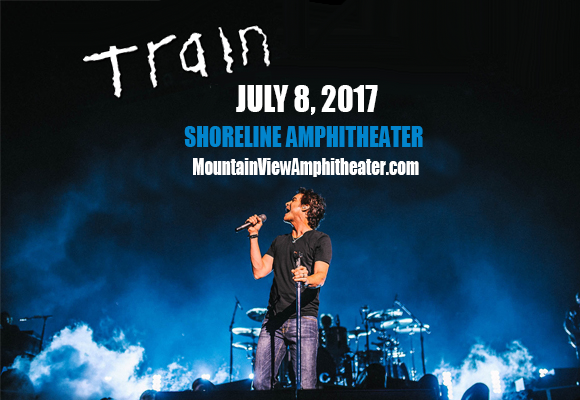 This year is going to be an incredible one for the unforgettable 90's rockers, Train as they hit the road to bring fans an unforgettable show deep in the heart of the summer. For 20 years this talented group have proven time and time again that they have got what it takes to make crowd sing-along anthems that will stay around for many more years to come…

Back in 1998 as they broke into the mainstream, Train gained A DOUBLE Grammy Award with arguably they biggest hit “Drops Of Jupiter!" And since then have sold an impressive 10 million albums, 30 million tracks worldwide (including the RIAA 6x Platinum-certified "Hey, Soul Sister"), fast forward to 2017 and these guys are still going stronger than ever! Come and celebrate their epic career in music as they bring it to a venue near you!