Get ready for the Everything, Everywhere Tour – a package tour of eclectic indie that is guaranteed to have you feeling ALL the things! It's an absolute dream line-up, with NYC sibling trio AJR bringing their intelligent and danceable tunes to the stage alongside “Straightjacket” singer Quinn XCII with a headlining set each! Not only that, but the multi-talented acts will be joined by punk poetry band Hobo Johnson and The Lovemakers, just to round off an already incredible line-up! The Everything, Everywhere Tour comes to Shoreline Amphitheatre on Thursday 20th August 2020! 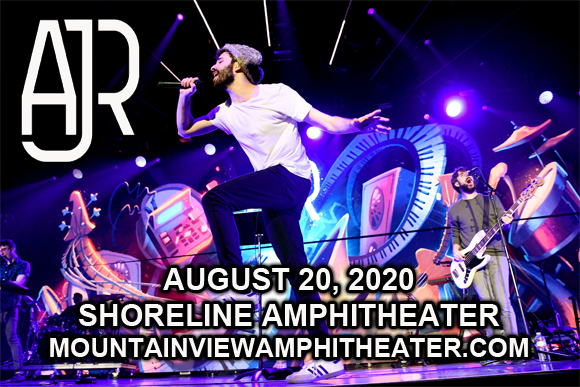 Quinn XCII is part of a new generation of artists that refuse to be hampered by traditional concepts of musical genre, carving a unique and eclectic path by making the music that feels good to them. Growing up in Detroit, the artist (whose real name is Mikael Temrowski) was raised listening to Motown, but made his start in music as a hip hop artist and rapper, working with his producer friend Ayokay when the two attended Michigan State University together. Over the years, he has drawn from pop, reggae, EDM and more, taking influences from a wide variety of artists, including Kid Cudi, Kanye West, Mos Def, Jack Johnson, Jon Bellion, Michael Jackson, Sam Cooke, and Chance the Rapper. The sunny, upbeat sound of his music is often offset by darker lyrical themes that touch upon subjects like anxiety and loss. The singer and songwriter released his debut studio album, The Story of Us, in 2017 on Columbia Records, and it was followed in 2019 by his sophomore effort, From Michigan With Love. His latest single is "Two 10s".